Method: The survey-based cross-sectional study was conducted from October 2017 to March 2018 in four Tehsils of district Tharparkar, Sindh, Pakistan, and comprised children of either gender aged <5 years who were randomly selected and assessed for weight and height using the World Health Organisation Anthro-2007 tool to obtain Z-score. Data was analysed using SPPS Version 18.

The term malnutrition is commonly used for under-nutrition, but it is professionally classified into over-nutrition or obesity and under-nutrition.1 Malnutrition is one the major health issues affecting approximately 2 billion people worldwide.2 A recent study carried out by the World Health Organisation (WHO), the United Nations International Children's Emergency Fund(UNICEF) and the World Bank Group estimated that approximately 151 million children aged <5 years are stunted, while 50 million children are wasted and almost 17 million children are severely wasted across the world.3,4 Globally, half of the mortality burden is due to under-nutrition.5 Pakistan is a low-income country and has seriously high child mortality rate of 79 deaths out of 10000 live births (7.9%).6

After informed consent from the families, data was collected using a pre-designed questionnaire during house-to-house survey. Interviews were conducted with the mothers of the children to collect appropriate information about their respective children. Demographic status of the district was obtained from the district administration office. The questionnaire was in the English language, but the questions were asked in the local ‘Dhatki’ language.

Anthropometric data was collected for all the subjects. Children aged <24 months were laid horizontally and measured by children scale for weight with an exactness of 0.05kg. Height was measured using the height chart with nearness to 0.1cm. The weight was measured of barefoot children aged>24 months by using child (Baby Weight Machine Unique YRBB-20, China) and adult (MS Scale Bathroom Camry BR9011) weighing machines separately.  The WHO Anthro version 3.2.211 was used to obtain 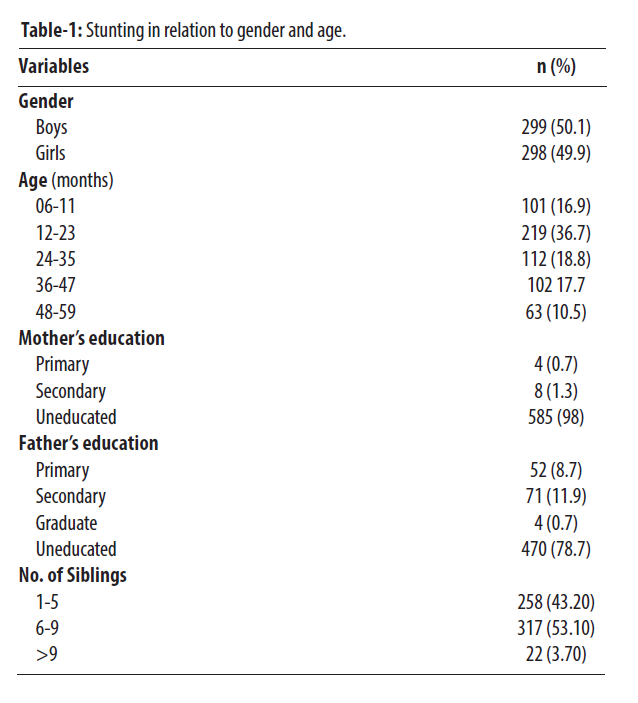 Stunting was found in 485(81.1%) subjects. Stunting was categorised as moderate or severe and its relation with gender and age was noted (Table 2). 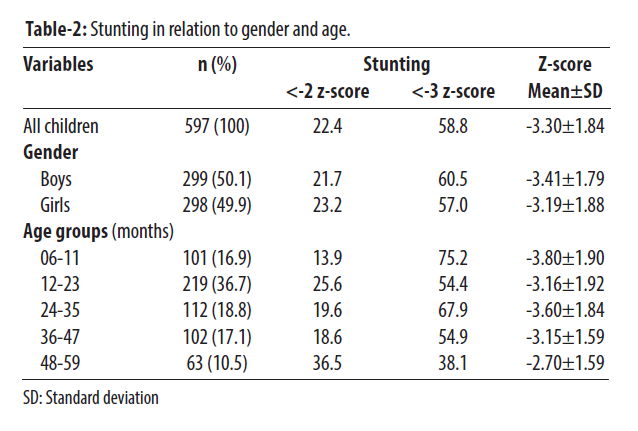 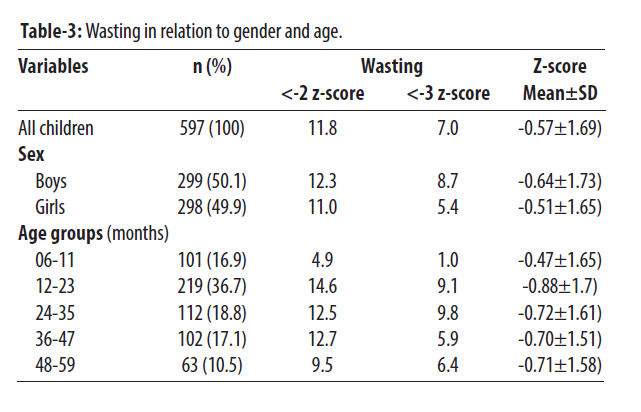 Of the total, 342(57.3%) children were found to be underweight. Its relation with gender and age was noted (Table 4). 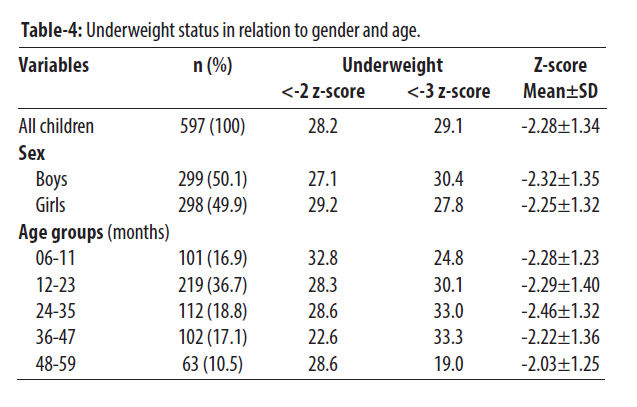 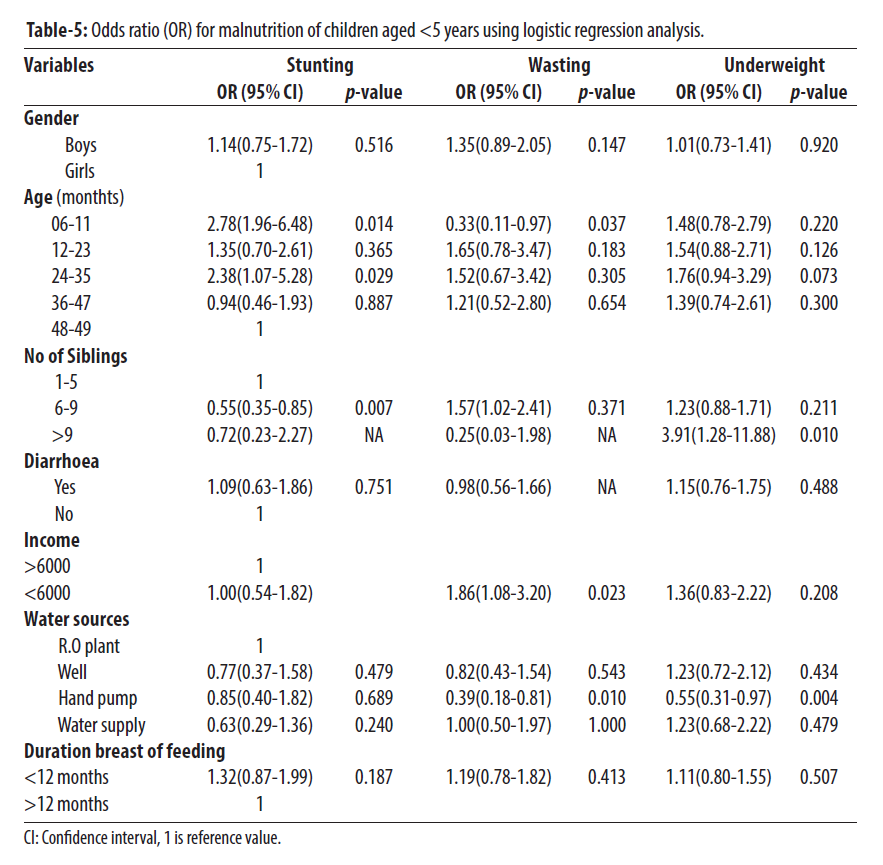 The current study has limitations as it was conducted in only limited Tehsils as it was difficult to access remote villages due to unavailability of transportation. Also, it was difficult to raise a larger sample as people migrate to other areas during drought. Besides, the study only focussed on malnutrition without taking into account the element of drinking water. Further studies are required to cover the remote areas of the Tharparkar region.

Disclaimer: I further confirm my statement that my thesis was submitted in Turnitin repository (HEC).

Comparison of surface defects in Protaper Next and Hyflex EDM files after single clinical use: A stereoscopic evaluation